Room for Black in the Union Jack

Since the arrival of the expatriates – yes, expatriates! – from the Caribbean on the SS Windrush, a former German transport ship captured and renamed to reflect Allied World War II victory in 1946, the question of the people’s – who’s only shared-difference was their skin being darker – right to stay in the United Kingdom has been in question. But we would certainly be mistaken to believe this relationship has only been going since 1946; the Black connection to the Kingdom of Red, Blue, and White goes much deeper. 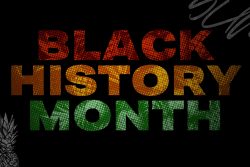 1707 saw the Act of Union formalise the United Kingdom of Great Britain, creating the Kingdom of Scotland, the Kingdom of Britain, and the principality of Wales, into one legal jurisdiction – this, plus Northern Ireland, is how we see Britain today, but what most people don’t realise is Britain’s global past and its significance; so much so that, legally, England has shared legal jurisdiction with Jamaica prior to Scotland, with Jamaica becoming an English Colony in 1655 – 52 years before Act of Union was passed. If not anything else, we should understand that the connection between ‘Britishness’ and identity has been more global than is commonly understood today.

“Take up the White Man’s Burden…” Rudyard Kipling, writer of the Jungle Book

Britain was more than just the Island in the 18th century; at the height of empire, it was truly global; that included India, the Caribbean, the United States and more, and these relationships did not disappear when the empire did, it has shaped ‘British’ identity, and the way society and life exists on the much smaller Britain of today in countless ways. The abhorrent practice of abducting humans and using them as chattel slaves had amassed innumerable amounts of wealth and suffering; leaving a bitter-sweet taste on Britain’s impact on the globe. It is by no means the only entity to partake in the slave trade, but that should not diminish its impact within it.

“Black history is a series of missing chapters from British history. I’m trying to put those bits back in.” David Olusoga OBE

Yet today, we still have the Black experience, energy, intellect, and labour, and all the connections it has to the life we enjoy today, as separate from our ‘Britain’. This couldn’t be further from the truth. Like as if they were only passive players in British development. Olaudah Equiano – abducted, tortured, and transported to the Caribbean to be sold three times – ended up teaching himself how to write at a time when general literacy was questionable and subsequently published an autobiography – there’s even a society named after him: The Equiano Society; Olive Morris was one of the British Black Panthers whose work in women rights, squatters rights, and founding of the Organisation of Women of African and Asian Descent in London, earned her a building named after her by Lambeth Council; CLR James was the first author to have a book published in Britain by an African-Caribbean writer and has a library named after him in Dalston.

Like many other, Glasgow as a city is infamous for pub and street names; unfortunately, some have a troubled past, ‘Black Boy Inn’ is just one of these cases, and the various street names named after slave traders are some of the others. This isn’t just limited to street names, the influence of people who profited from the trade goes deeper into British society. The Bank of England started to remove the list of its directors, staff, benefactors that had benefitted from the slave trade, and it is true that most British banks were propelled using these ill-gotten gains. Only in 2015, according to the Treasury, British taxpayers just finished ‘paying off’ the debt which the British government occurred paying compensation to Slave owners for the human brutality they profited off, and not a penny to the victims. Which means this one decision has come to affect the lives of Britons ever since, as well as raising questions on the morality of sed actions and the validity British redemption in the legacy of slavery.

At Rum Kitchen, like Britain in general, we owe so much to the people and culture of the Caribbean and because of this we feel it is our goal to celebrate them whenever we can, especially during Black History Month, we invite and challenge you to experience and learn more about the invaluable contributions Black people have made to our society. Whether it is enjoying delicious spices we use in our cuisine, the rums we source in our bars, the music our DJs run, or, just simply, stirring up a conversation with one of our staff in our London Caribbean restaurants, and hearing our journey from renovating the infamous Mangrove restaurant into our first Rum Kitchen in 2012, which, at one time, was the defacto HQ for NHC in the 70s. This is our history. This is Black history. This is British history. Happy Black History Month.