Easter At The Rum Kitchen! Traditional Jamaican Bun and Cheese

Easter is here, and many of us are looking forward to enjoying the bank holiday weekend with some lovely, Easter-themed food. One of the many delicacies we enjoy as Brits is the Hot Cross Bun. Eaten warm or cold with butter or jam, it’s been enjoyed for centuries.

Here at The Rum Kitchen, we want to celebrate the holiday in the best and most authentic way for us. And that’s by doing the Hot Cross Bun the Jamaican way. 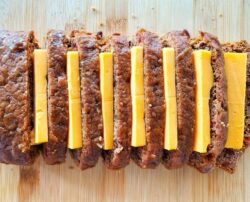 What is Jamaican Bun and Cheese?

Known as Jamaican Bun n’ Cheese, the simple Hot Cross Bun has evolved within cultures. The sweet baked treat became an English tradition during the 1600s and 1700s for the holidays.

Originally small-shaped rounded buns, the Hot Cross bun hasn’t changed too much in style, still sporting its famous icing cross on top. It became a must-have addition to the Easter dinner table as it symbolised the crucifixion of Jesus. With it having strong religious ties it was very important to society during religious holidays such as Good Friday.

So how did this sweet traditional English bread gain Jamaican influences? It was brought to Jamaica during the 1600s when England colonised the island. From there, Christianity became the dominant religion of the Caribbean islands where residents enjoyed the sweet bread.

Like most things, people started to evolve the recipe, injecting their own culture, personal influences, and tastes into the traditional recipe. Many would use Molasses instead of honey in the recipe, as well as adding dried fruit and intense spices.

Over time many creative variations have been made, but one that seems to be a fan favourite and has stuck around is the Bun n’ Cheese Sandwich. Merging the sweet and savoury palette, Jamaicans discovered the delicious combination of the Hot Cross Bun with Cheddar cheese. As the Hot Cross Buns’ shape evolved from rounded to more loaf-like, it allowed it to take sandwich form, cutting it in half and placing a slice of cheese in the middle.

Many Jamaican households can’t do the holiday without the Bun and Cheese sandwich as it offers smells and tastes relating to childhood memories.

To bring those memories to life or if you fancy the taste of an English classic with a twist this Easter, then come to The Rum Kitchen. Celebrating the holiday is the only way we know; we’re serving a complimentary serving of the Bun n’ Cheese sandwich to every guest that comes to our Soho restaurant on Monday the 18th of April.

Adopt a new addition to your Easter dinner table this year with a Bun n’ Cheese Sandwich or, take the hassle out of it all and visit our Soho venue to enjoy an easter meal with a Caribbean twist.